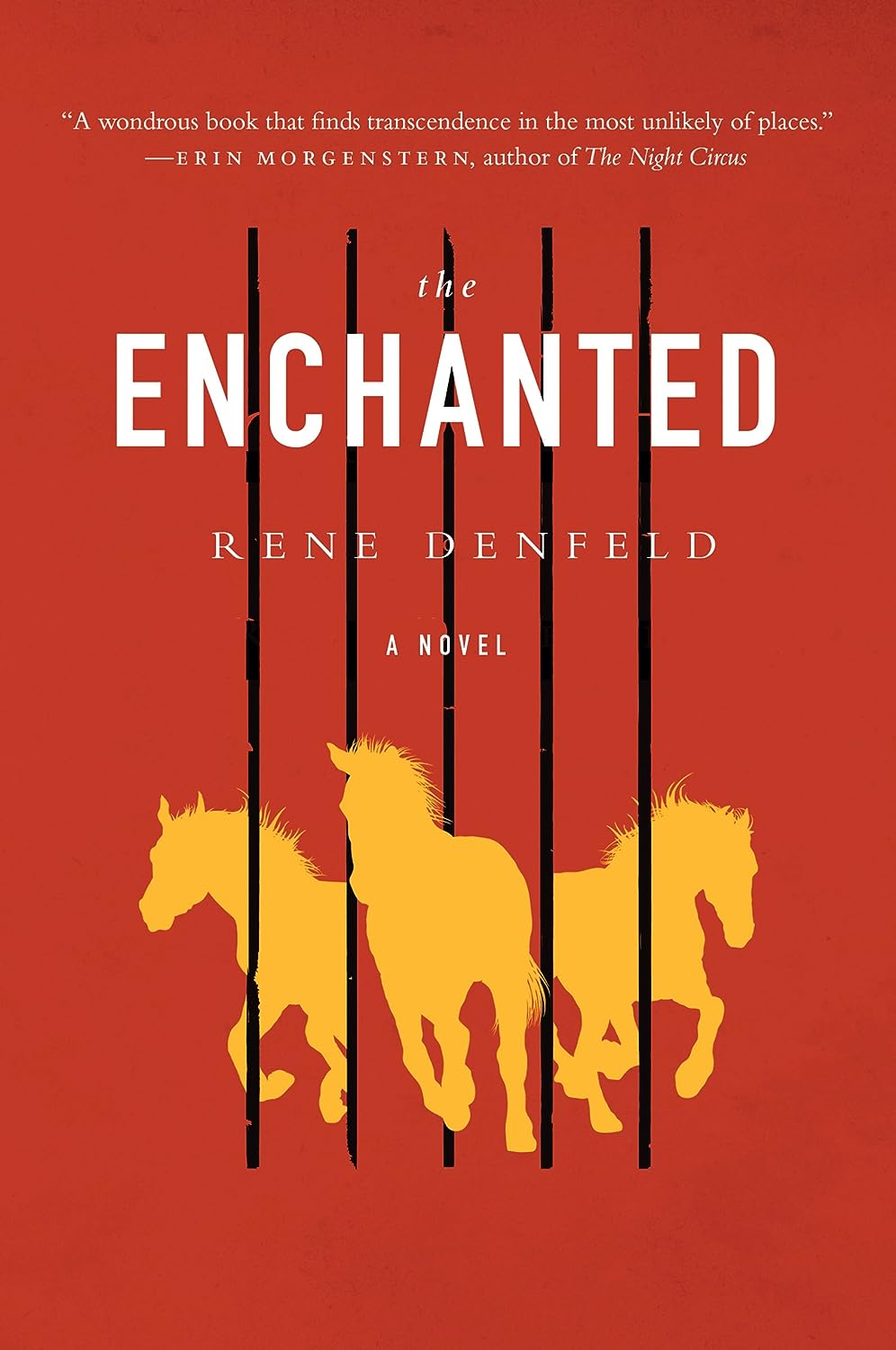 The Enchanted by Rene Denfeld – – fantasy

In an enchanted prison, on death row, a prisoner awaits his fate. While he waits, he imagines the lives of those around him. A few of the people include a priest, the Lady, the Warden, and other inmates.

For a long time, we don’t know who our prisoner is or what he has done. Slowly throughout the book, we are given little tidbits of his life growing up. Our prisoner doesn’t speak, spent much of his life committed to an asylum, and was given life in prison as his sentence for his unspeakable crime.

We later learn that he commits yet another crime while in prison, despite trying to keep to himself in the library, where he was able to lose himself among the books there, and is retried and given the death penalty. He ends up on death row, where there are no windows and the prisoners are never allowed to leave their cells.

Through his eyes, we see the lives of those who he does have contact with. We learn intimate details about the priest, the Lady (a woman who attempts to help others get off death row) and the other inmates.

I really felt emotionally connected to the prisoner and believed that he really did think there were horses running wild underneath the ground and little critters who ate the bodies of the cremated death row inmates. Despite the horrors he had done, there was something magical about him and his thoughts.