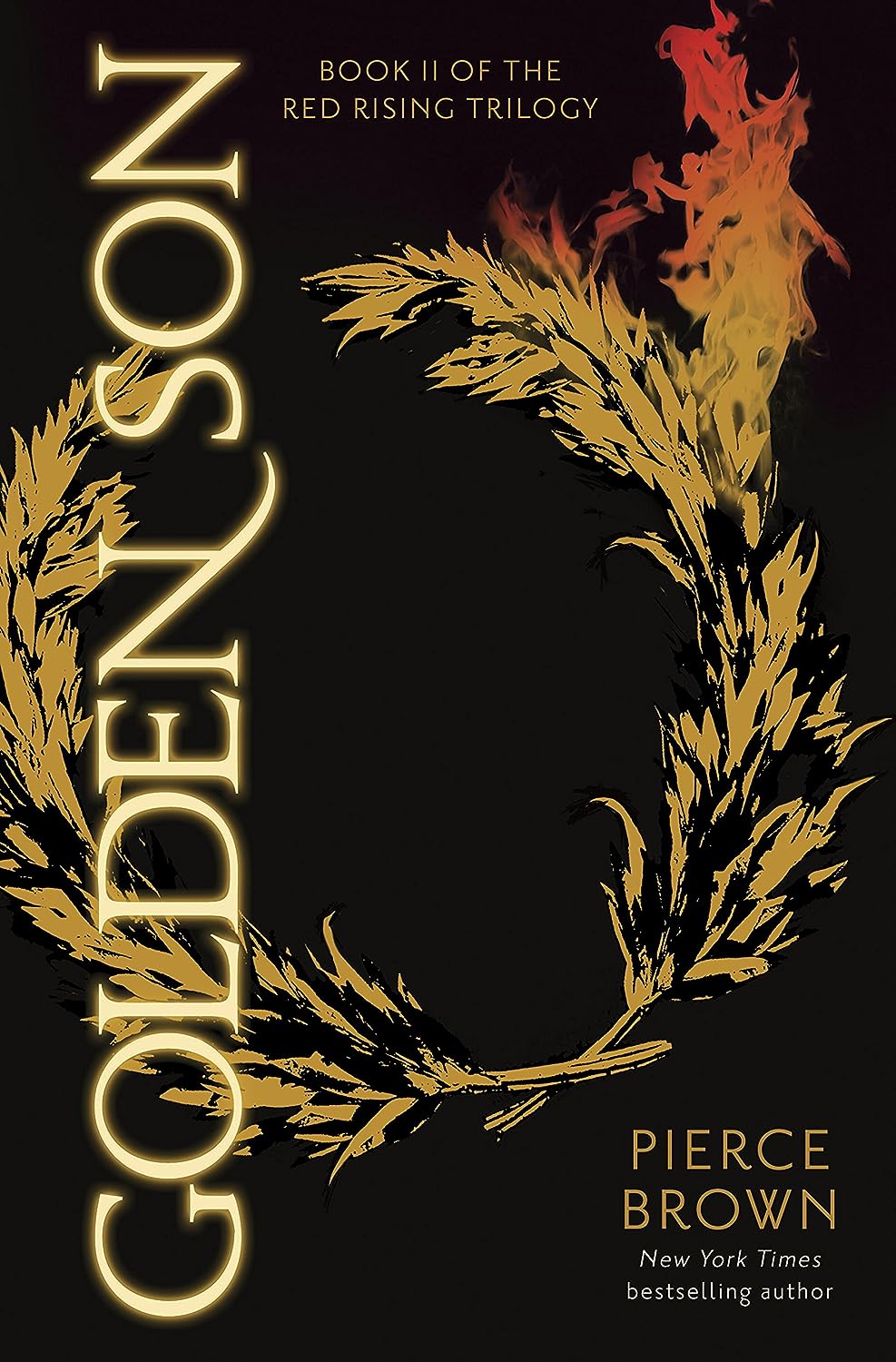 Following his tumultuous time at the Institute, Darrow is thrust into the house of Augustus, led by the man who killed his wife, and sent to learn the delicacies of ship’s warfare. When he fails to win, Augustus threatens to rescind his contract, causing a crazed Darrow to start an all out civil war. How far can he go before he breaks?

Man. Gorydamn. Bloodyhell. That’s about all I have to say after finishing this amazing book. I LOVE this series. There’s so much deceit and corruption, you never know where it’s coming from. Pierce Brown likes to kill as much as George R.R. Martin. No one is safe from the ax.

So much happened in this book. Darrow goes to war and wins favor back with Augustus. He finally trusts others and reveal his secrets, but some are more wary than others. Darrow is surrounded by friends and foes alike. It’s impossible to tell who to trust.

When I was reading, I felt like I was on the same wild ride as Darrow. I was second guessing every conversation he had, looking for little nuances, for the little signs of betrayal. He makes me believe in him, the same way he makes others in the book believe in him. He is a good man sent to do a dirty job. He must kill in order to set people free.

This is the second book in the series and I definitely recommend you pick up Red Rising if you haven’t already and embark on Darrow’s adventure and his efforts to free humanity from the slavery they’ve brought upon themselves.