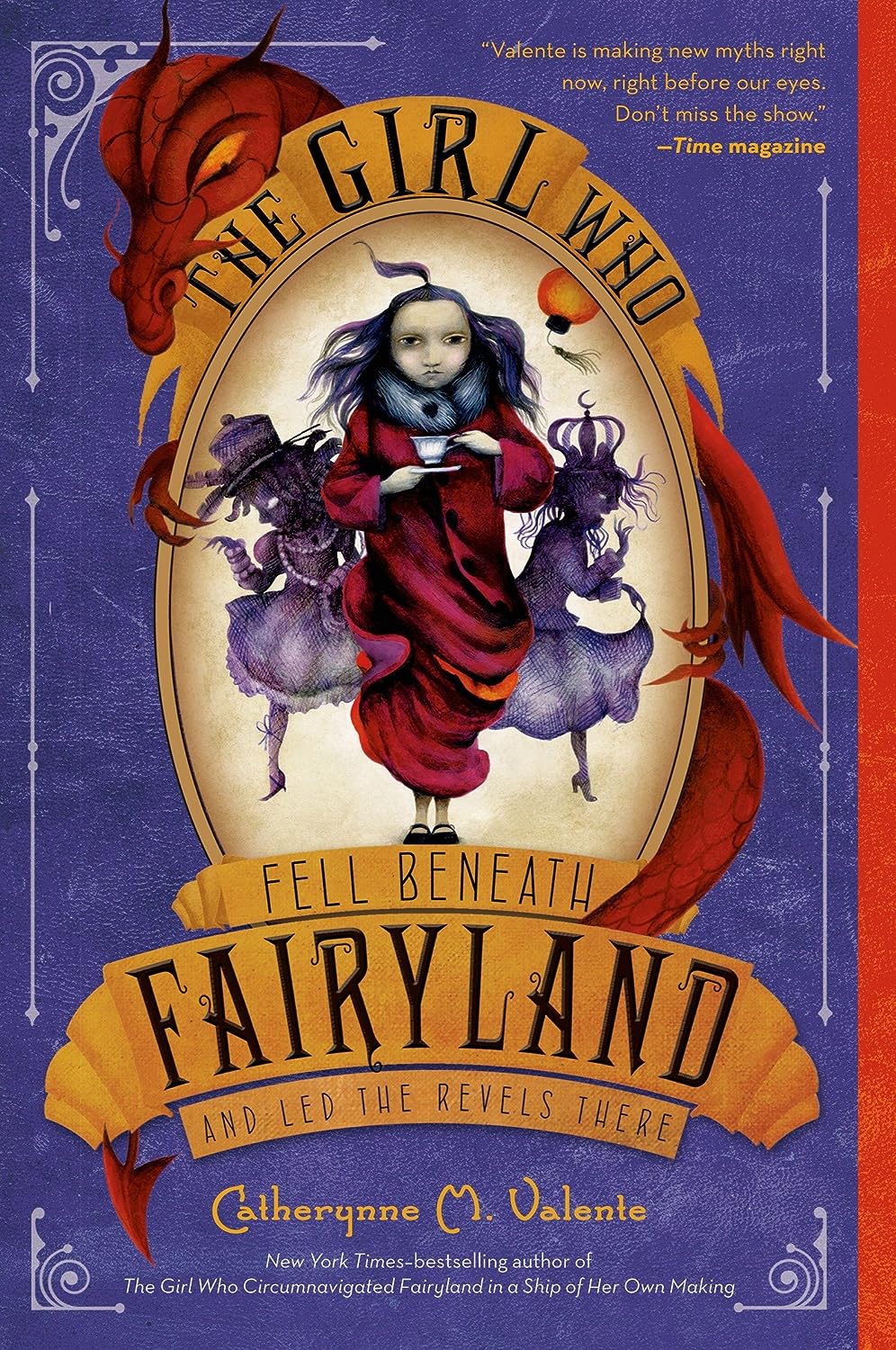 The Girl Who Fell Beneath Fairyland and Led the Revels There by Catherynne M. Valente – – fantasy

September returns to Fairyland after a year at home. She learns that her shadown, Halloween, has become the Queen of Fairland-Below and is stealing other people’s shadows. September reunites with her Fairyland friends shadow selves and goes on a quest to join her and her shadow back together.

I really love September. She has grown up a little bit in the year since we’ve seen her last and she longs to return to Fairyland. Wouldn’t you if you lived in Nebraska during WWII? I enjoyed following September on this adventure beneath Fairyland. I loved the idea of her shadow, which was taken from her in the last book, had gone and taken over in a somewhat sinister way. September feels responsible and wants to fix the problem.

All of the shadows were a little evil in their own way, including the shadows of September’s friends from her previous adventure - Saturday and Ell. I miss their original counterparts, who only showed up briefly in the end. I felt as if September left Fairyland too soon, but I think the ending had a somewhat good feel to it.

I like when September goes back to Fairyland and finds out what was going on in her absence. I can’t wait to see what has happened in between her adventures and what she is going to embark on next.